After Pictures Before Me

A visual reflection on iconic images of women in the Western art canon.

In the historical arc of western art, art objects have almost exclusively been made by men with an assumption of an audience made up almost exclusively of men. In representations of the female, the works in this canon have almost always placed women in either the category of the sexualized and sexual available object or as the allegorical representative of reproduction and domesticity.

“But about one thing there is universal agreement, expressed either tacitly or explicitly in all the written accounts of the picture: the Demoiselles d’Avignon was intended to be viewed by men – virile, heterosexual men of European origin, not unlike the painter himself.” 1

He, the artist, is the empowered maker of objects of art, and she is the objectified subject of his art. Reflecting, as art does, the culture back to itself, this serves as societal reenforcement of the male as the maker of culture and the enforcer of the “rules” of “civilized” society. He is the rational actor in contrast to the female who is the representative of uncontrolled nature, the emotional, the irrational, the sexual, the uncivilized, even the sinful.

This was the condition of western art when I was educated into my practice in the late 1970s, early 80s. Women had begun to assert a stronger voice by the 70s – Schneemann, Mariam Schaprio (a teacher of mine), and Wilke for example. But the 80s brought a backlash, a return of a macho bad boy aesthetic with, among others, Julian Schnabel, David Salle, and Jean-Michel Basquiat. And not just in art but broadly across the whole of our culture.

“For many contemporary commentators, the theme suggested a comparison between the superficial artistry of women, endlessly and sometimes futilely preoccupied with their own self-preservation and presentation, and the elevated, disinterested concerns of Art and the Ideal to which the serious male artist aspired. His privileged view … allowed him to differentiate his own activity from hers while at the same time taking on the elevated position of … observer …” 2

As a female artist drawn to and in love with the painted surface, this has been the dilemma for me; how do I own my own voice inside this masculine canon which asks me to occupy the role of mother, muse, whore, but almost never that of peer. One could argue, despite the backlash after the 70s, that this is changing, and it is, but ever so slowly. However this series of work, shown here, is not an investigation of the contemporary but rather a looking back at the historical canon and a response to that looking. It is this historical work that informed much of my education as an artist and how I learned to understand myself as an artist. In subtle and not so subtle ways, it continues to exert its influence on my own current work and in the culture as a whole.

Our society’s preference to not look directly at how our social coding and cultural rules are contained in our culture’s artistic depictions of women was especially brought home to me when I encountered questions of the veracity of my efforts to investigate the central figure in Duchamp’s last work, Étant Donnés, from a literal rather than allegorical perspective. But how could I not when the work’s focus is a nude faceless woman disfigured and lying in a field as if raped and then abandoned. Yes, there are the allegories contained in this figure and the layers of meaning in the work overall– but these layers also can serve as the easy out to not engage with the actual faceless disfigured woman herself – woman again not as the actor but as the discarded muse conflated with art which is raped and then abandoned.

In the paintings and drawings in this series, I am not seeking to give any particular reading to these culturally iconic depictions of women. Rather I am giving myself the space to react to them (emotional, unbound, even irrational) – with my own sense of vulnerability. And sometimes with anger or a confusion that arises from trying to come to terms with what these images have said to me, in a multiplicity of different ways through the years, about myself as a woman and as an artist. My hope is to find in this ongoing series of works a way to expose some of the levels of social coding inherent in these images, and through my re- representation of these women to bring this coding into something of a clearer focus.

These are the works I am or have worked with (more to be added as this project develops):
Picasso’s “Les Demoiselles d’Avignon”
Ingres’ “The Source”
Duchamp’s “Etant Donne”
Modigliani’s reclining nudes (which are bought for astronomical prices to be hung on the walls of male hedge fund mangers as trophies)
And most recently I have begun to work with Botticelli’s “The Birth of Venus.”

1 Tamar Garb from her essay “To Kill the Nineteenth Century’: Sex and Spectatorship with Gertrude and Pablo” published in Picasso’s Les Demoiselles d’Avignon edited by Christopher Green p. 55 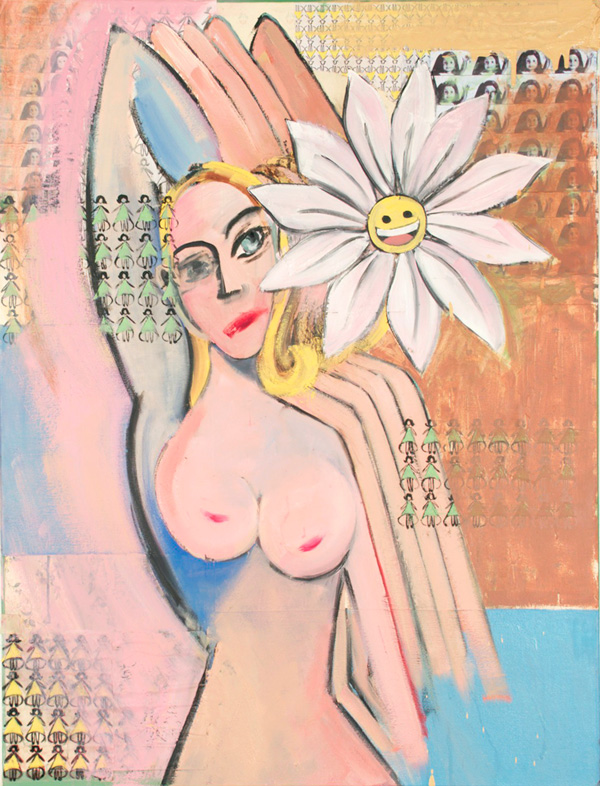 Ingres, Picasso and Me
GALLERY -> 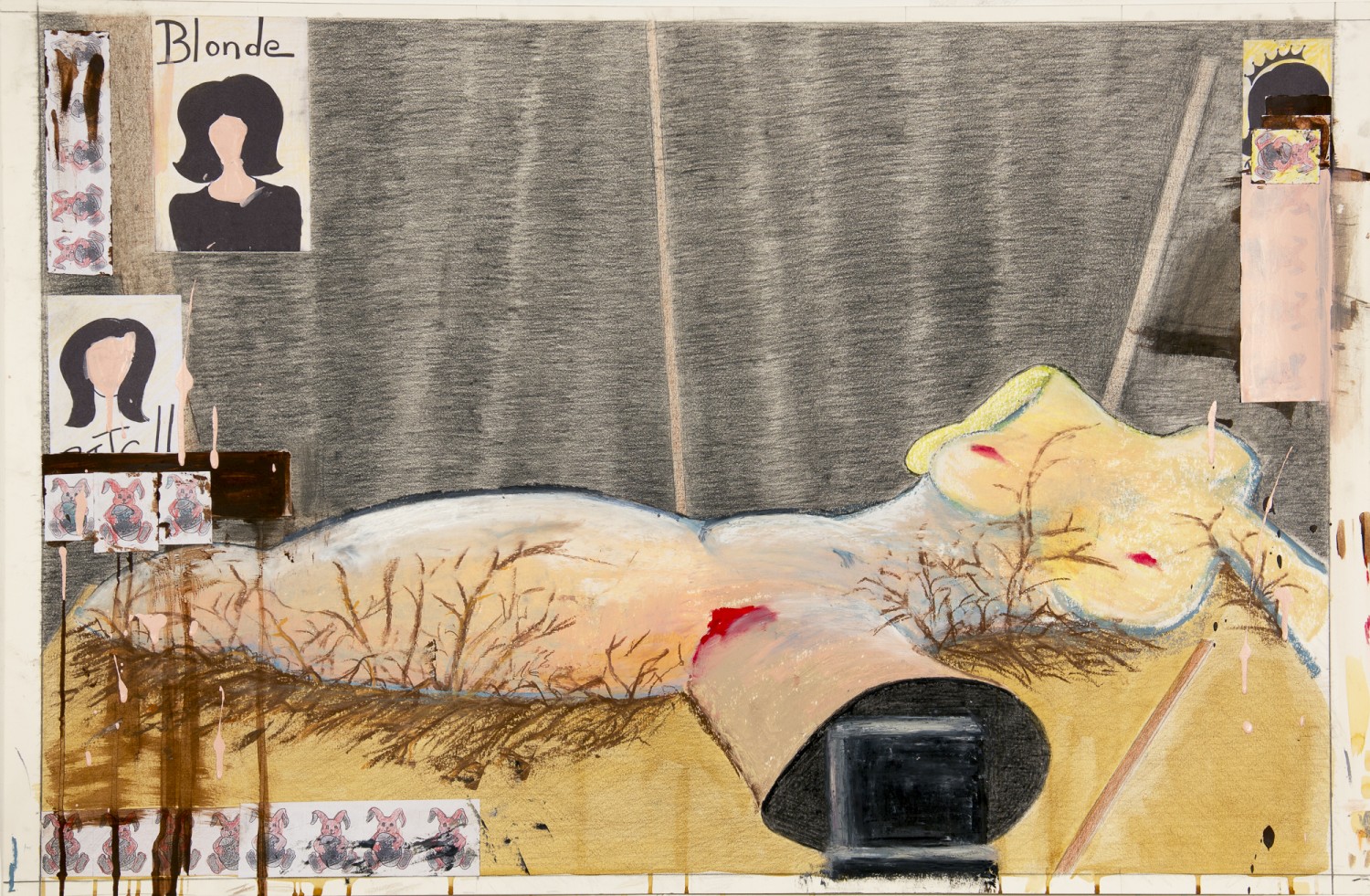 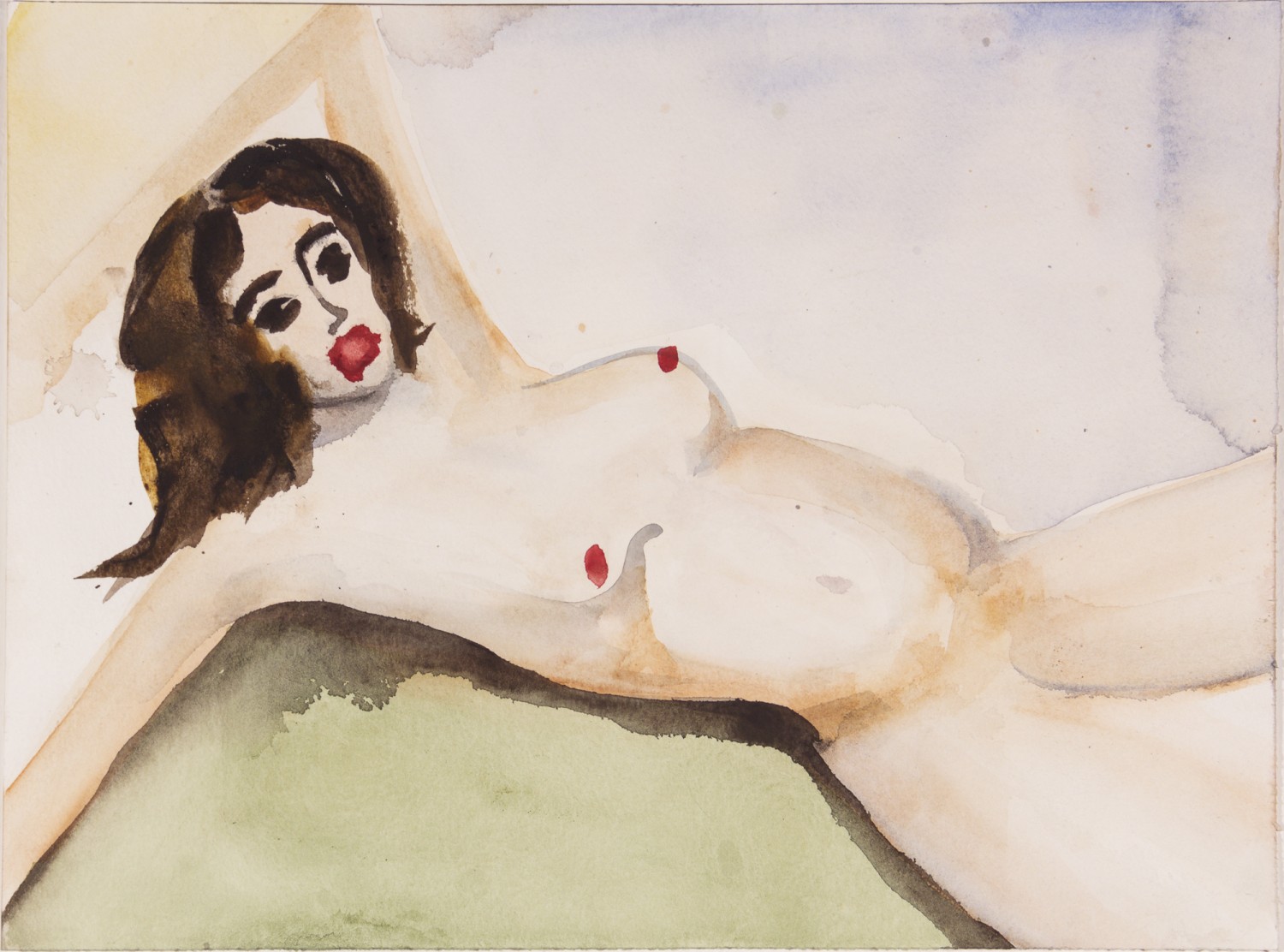 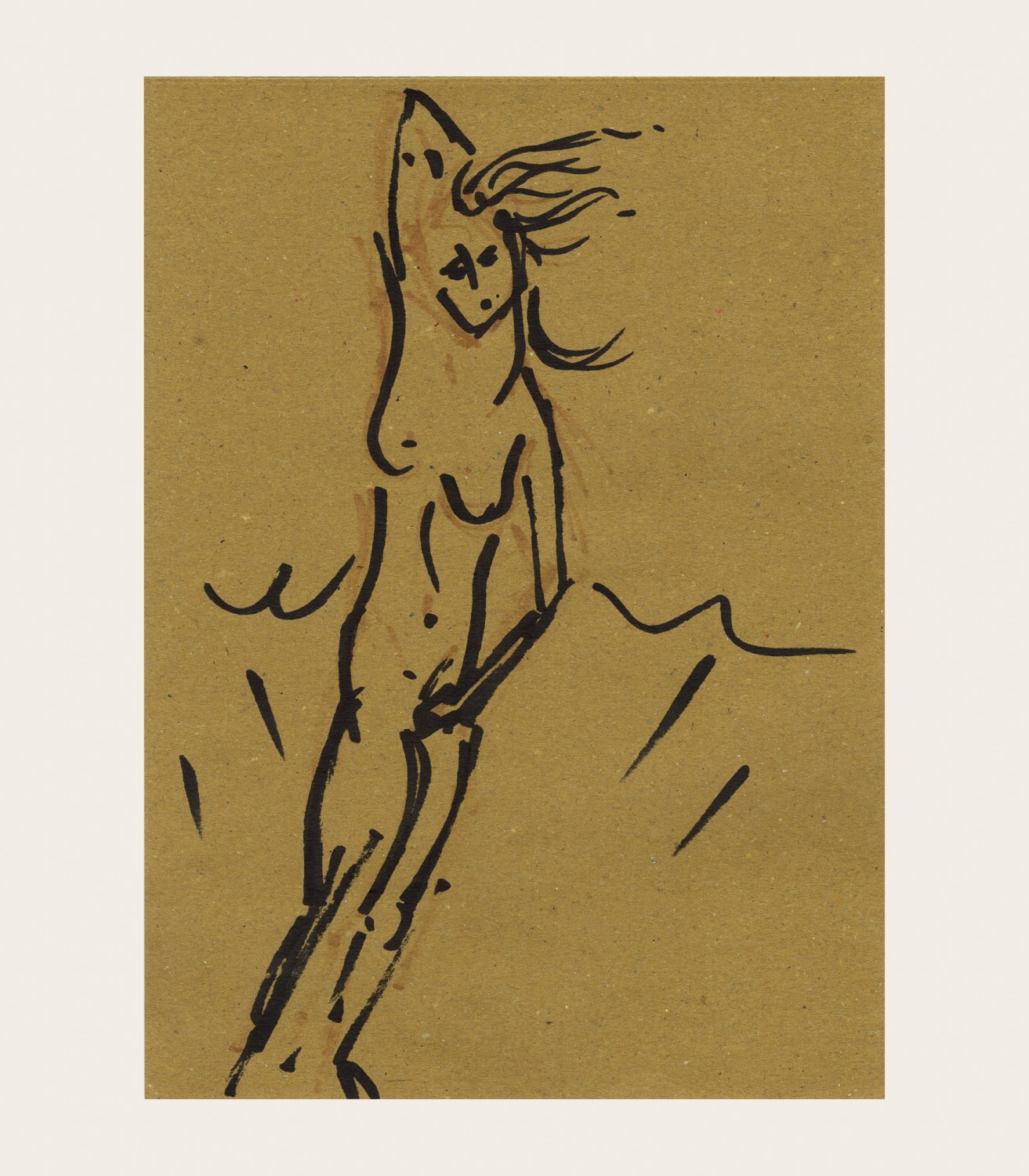 Venus on a Shell
GALLERY ->